GSF was delighted to welcome Jo Johnson MP, Gideon Rachman, and Sir David Richmond to GSF as the panellists in a debate on Wikileaks and the new media.

The debate was entitled ‘The Age Of Wikileaks and the New Media: What Does It Mean For The Future Of Diplomacy and Democracy?’ and took place at the National Liberal Club on Tuesday 8th March 2011. 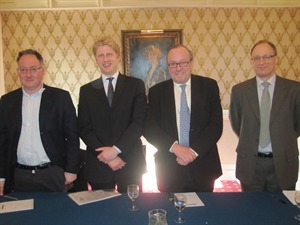 Click here to listen to The March Debate II