GSF were delighted to co-host a seminar on South East Europe and the EU with SEESOX (South East European Studies at Oxford) in the House of Lords on Tuesday 19th March 2013. The seminar was co-chaired by Lord Lothian, Chairman of END_OF_DOCUMENT_TOKEN_TO_BE_REPLACED

Lord Hannay of Chiswick GCMG CH gave a lecture on his new book, ‘Britain’s Quest for a Role: A Diplomatic Memoir from Europe to the UN’ to a capacity audience at the National Liberal Club To listen again to Lord END_OF_DOCUMENT_TOKEN_TO_BE_REPLACED 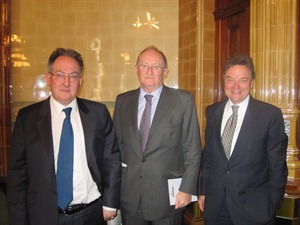