GSF hosted a seminar in the House of Lords entitled ‘Cyber Defence: The Biggest Challenge Facing UK National And Economic Security?’, which was opened by Professor Sir David Omand GCB. 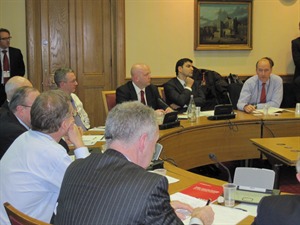 On 30th November 2011, Global Strategy Forum held the above seminar in Committee Room 3 of the House of Lords. The Chairman was Lord Lothian, Chairman of GSF.

A synopsis of the seminar is available here and the Seminar Programme can be downloaded here.