Professor Keith Jeffery, Professor of British History at Queen’s University, Belfast and author of the Official History, ‘MI6: The History of the Secret Intelligence Service, 1909-49’, gave a lecture at GSF on Tuesday 15th February.

Professor Jeffery concluded that although the Official History covered the period from 1919-1949, it is not possible to draw a crude line at that date.  It was clear that SIS was professionalized during the postwar planning process of the mid to late 1940s and became recognisably the organisation it is today.  That being the case, he reflected that the Official History was ‘not just about past history, since it addresses some of the constants of intelligence activity and might therefore speak to the present, if not also the future.’ 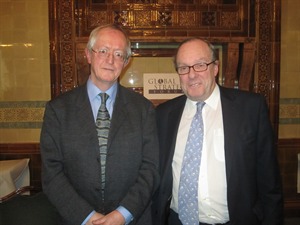