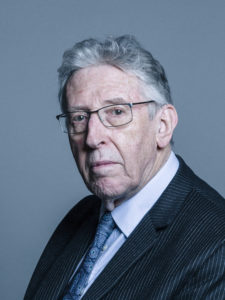 We are delighted to be publishing today ‘Scotland And England: A Better Union – An Essay in Realism’, a new paper by the Rt Hon. the Lord Howell of Guildford, with a foreword by GSF’s Chairman, Lord Lothian.  Lord Howell was Minister of State at the FCO (2010-2012), Chairman of the House of Lords International Relations & Defence Committee (2016-2019) and he has been a GSF Advisory Board member since 2013.

Lord Howell argues that the overwhelming strength of the Scottish independence case must be ‘fully understood’, so that Scotland can be offered a ‘stronger Union partnership in a dangerous world’. With independence right at the heart of next month’s local elections in Scotland and the future of the Union in real doubt, innovative and practical new solutions such as he proposes have never been more important.

In his foreword, Lord Lothian calls David Howell’s argument a ‘fascinating and challenging’ one, which we would be ‘foolish to ignore and irresponsible not to try’.

The full paper, ‘Scotland And England: A Better Union – An Essay in Realism’, can be downloaded here.

One thought on “NEW GSF Publication: ‘Scotland And England: A Better Union – An Essay In Realism’ by the Rt Hon the Lord Howell of Guildford – Wednesday 21st April 2021”