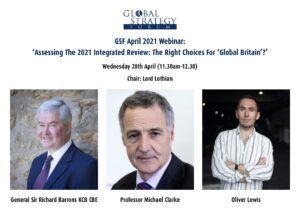 They will speak in a GSF online debate entitled ‘Assessing The 2021 Integrated Review: The Right Choices For ‘Global Britain’?’, which will be chaired by Lord Lothian.