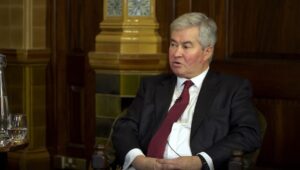 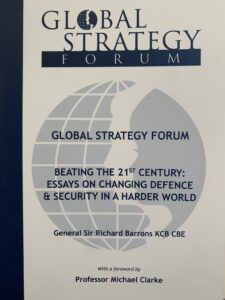 Originally written as a series of articles during the 2020 lockdowns, the compilation of 14 essays ranges widely in scope, taking the reader on an exhilarating journey through ‘The Surveillance Pandemic’, ‘Is It Time For A Military Coup?’, ‘Leadership & Followership In Turbulent Times’ to ‘A Defence & Security Scorecard For The Integrated Review’, to mention but a few. Collectively the essays form a narrative which examines, tests and  questions conventional thinking on our existing defence architecture and which, as Professor Clarke comments in his foreword, ‘lays on the table both an invitation and a challenge to British security analysts.’ 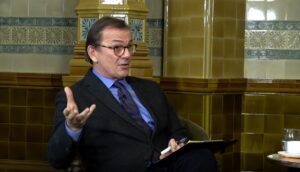 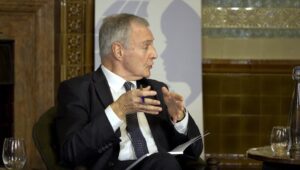 To launch the publication, Sir Richard took part in a special webcast conversation with Professor Michael Clarke.  Andrew Wilson, co-founder of ASquared Media, and a veteran foreign correspondent and news presenter, who hosted and moderated the discussion.

You can watch the full webcast here.

The full publication, ‘Beating The 21st Century: Essays On Changing Defence & Security In A Harder World’, can be downloaded here.