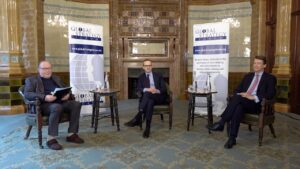 They spoke in a live-streamed webinar entitled ‘The UK And Jordan After 100 Years: Reflections On Past And Future Challenges’ which was chaired by Lord Lothian and which is now available to view on our YouTube channel here.