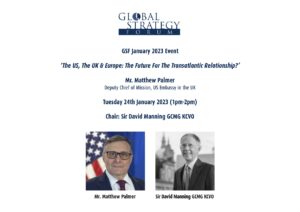 We are delighted to have the opportunity to welcome Mr. Matthew Palmer, Deputy Chief of Mission at the US Embassy in London, to GSF for an event entitled ‘The US, The UK & Europe: The Future For The Transatlantic Relationship?’. He will draw on the expertise gained from his highly distinguished 30-year diplomatic career to give us the view of the transatlantic relationship from America, in conversation with Sir David Manning GCMG KCVO, GSF Advisory Board member and UK Ambassador to the US (2003-2007).

Attendance: By invitation only to GSF members and guests. 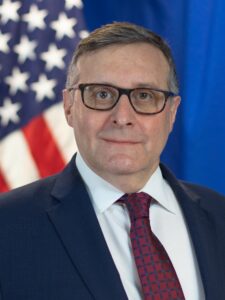 MATTHEW PALMER is the Deputy Chief of Mission at Embassy London. Previously, he was Deputy Assistant Secretary in the State Department’s Bureau of European and Eurasian Affairs and the Secretary of State’s Special Representative for the Western Balkans. Over the course of a thirty-year career, Matt has been posted to Belgrade, Nicosia and the U.S. Mission to the United Nations. In Washington, he has served on the Secretary’s Policy Planning Staff and at the National Security Council. Matt is the author of an award-winning series of novels featuring American diplomats as protagonists. He is a member of the Council of Foreign Relations and a Distinguished Graduate of the National War College.  His languages are Serbian, Greek and Japanese. 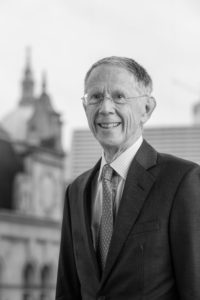 SIR DAVID MANNING (Chair) joined the Foreign & Commonwealth Office in 1972. He served in Warsaw, New Delhi, Paris and Moscow. From 1994 to 1995 he was Head of Policy Planning; from 1995 to 1998 Ambassador to Israel; and from 1998 to 2000 he was Deputy Under-Secretary of State for Defence and Intelligence and a member of the Foreign Office Board. David served as the UK Permanent Representative at NATO from 2000 to 2001 before returning to London as Foreign Policy Adviser to the Prime Minister and Head of the Defence and Overseas Secretariat from 2001 to 2003.  He was then Ambassador to the United States from 2003 to 2007. David is a Director of Gatehouse Advisory Partners.