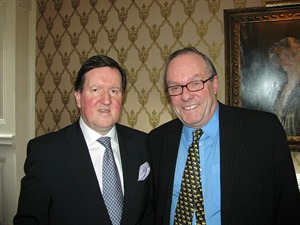 Lord Robertson of Port Ellen, Secretary-General of NATO from 1999-2004, was our guest lecturer in February (10th).  In answer to the question, ‘Does NATO Have A Future?’, he believed that it did, but that its future depended on collective political willpower, concluding: ‘I believe [NATO] has a future. Of course it has a future – if it does not have a future, we will not have a future either. But we have got to want it to have a future and we have got to be able to give it the right resources and the political support to make sure that it can do the job that we all know it needs to do in the future.’