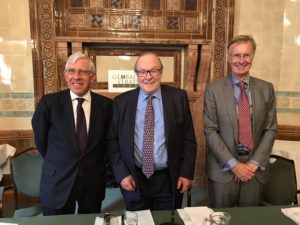 On Tuesday 19th June, we were delighted to welcome back to GSF Sir David Logan, British Ambassador to Turkey (1997-2001); and the Rt Hon Jack Straw, Foreign Secretary (2001-2006), co-Chairman of the British Turkish Forum and GSF Advisory Board member. They spoke in a discussion at the National Liberal Club entitled ‘What Lies Ahead For Turkey And The West?’, which was chaired by Lord Lothian.