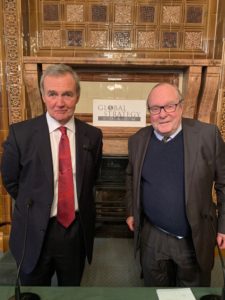 On Tuesday 28th January, in front of a packed audience at the National Liberal Club, General The Lord Houghton of Richmond GCB CBE DL, Chief of the Defence Staff (2013-2016) gave a lecture entitled ‘Some Thoughts On The ‘Biggest Review’ Of Our Defence, Security And Foreign Policy Since The End Of The Cold War’ in an event which was chaired by Lord Lothian PC QC DL.