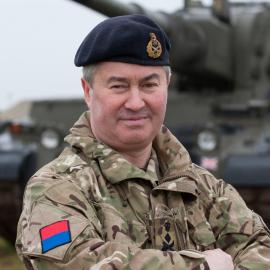 We are delighted to publish the 13th in our series of expert comment and analysis by GSF’s regular commentator and Advisory Board member, General Sir Richard Barrons. As always, the views expressed are those of the author and not of GSF unless otherwise stated. The full version of Sir Richard’s article is now available to download: Is It Time For A Military Coup?

One thought on “GSF opinion piece by General Sir Richard Barrons KCB CBE – ‘Is It Time For A Military Coup?’”