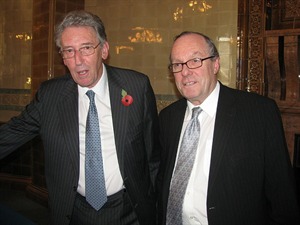 Lord Howell opened GSF’s 2009-2010 lecture series with a fascinating speech, entitled ‘Britain’s Foreign Policy: ‘adamant for drift?’ on Tuesday 27th October, in which he argued that in this period of great change and uncertainty, it is time for a clean break and a new strategic direction in our foreign policy. Just as Winston Churchill described Britain’s foreign policy as ‘adamant for drift’ in the 1930s, he fears that so the same could be said of our foreign policy today. The transcript of his lecture is available by clicking above.