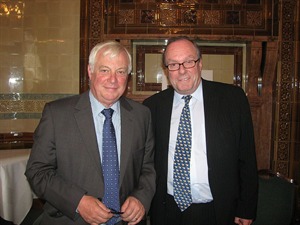 In his lecture on 13th July 2009, Lord Patten gave a comprehensive overview of what is happening in China today. In response to the question of whether the 21st century belongs to China, Lord Patten said that while he admired what China’s achievements, he did not see an equivalency to 19th century Bismarckian Germany. In his view, the US remains the world’s sole superpower, while increasingly understanding that its post-war period of domination is at an end and that in order to solve any serious problem in the world today, it will have to work with China and India and to some extent Brazil and others as well. Lord Patten concluded that he did not see the future as being one ‘in which China is going to have to work out how it can work with the US in order to exercise global domination. The argument is still the other way round. One of the principle jobs that America has, and Europe as well, in the next years is to persuade China that as a great economic power with considerable political influence, it has a vested interest in stability.’