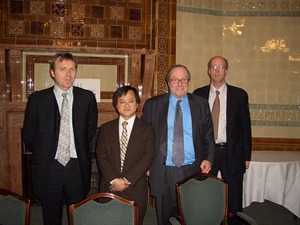 On Monday 1st December, Dr Chris Alden of the LSE, Tom Porteous, London Director of Human Rights Watch and Dr. Steve Tsang took part in a debate entitled: ‘China In Africa: Friend Or Foe?’ in which it was concluded that despite much criticism of China’s influence in Africa in the lead-up to the Beijing Olympics, with particular reference to Darfur, China’s record in pursuit of her own interests in Africa was not substantially worse than that of many other foreign powers and moreover, that China had the potential to be at least instrumental in the solution to some of Africa’s problems.