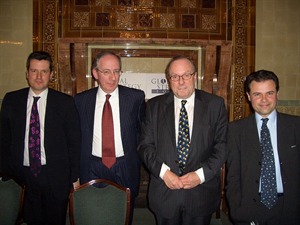 On 10th December, Oliver Kamm, Sir Malcolm Rifkind MP and Carne Ross all proffered different views on what had happened to the ‘ethical dimension’ in the UK’s foreign policy. The debate was well argued and those relishing a good bout of verbal fisticuffs were not disappointed, especially when, from the floor the journalist Bruce Anderson offered the view that “nothing is necessarily wrong with ethnic cleansing so long as it happens in an reasonably unmurderous fashion”.